Though we have used many beautifully designed chopsticks throughout our various travels to Japan, Bev, Zen, and I have become especially enamored with the Yakusugi brand. The name comes from the Yakusugi cedar that grows on the World Heritage designated Yakushima Island. The name Yakusugi applies only to trees that are more than 1000 years old! 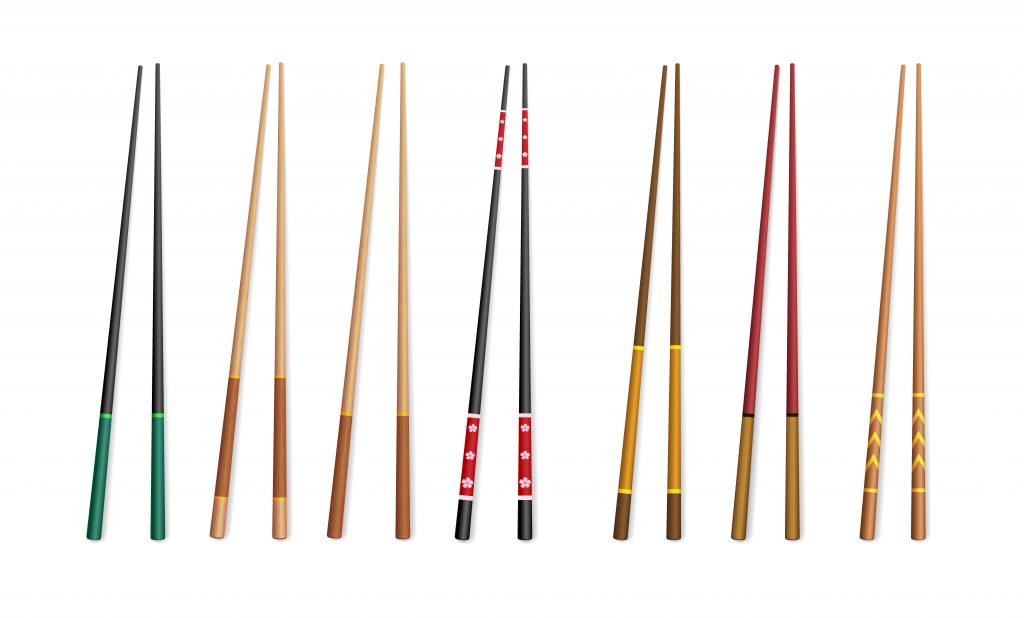 The Japanese word hashi has several meanings, referring to both the safe crossing of a gap between two points (a bridge) and chopsticks (a bridge to the mouth). “Itadakimasu” or “I partake” is the phrase Japanese use to express gratitude for their meals, gifts from the Gods.

In Edo (now Tokyo), which was the center of austere samurai culture, people generally gravitated toward simple, sturdy chopsticks made from high-quality natural materials. In Kyoto, the center of refined court culture, the chopsticks were often lacquered, sometimes with flecks of silver and gold. Craftsman near the coast might decorate their chopsticks with mother-of-pearl. Between 1603 and 1868 (Edo Period), these cedar trees were lumbered in large quantities with only the highest quality trees transported to the mainland. There were many domai-boku or leftover trees, that were buried in the soil and preserved in their natural forms for 200 years thanks to their high resin content. Yakugusi cedars grow on thin soil above granite causing many to be felled by typhoons and strong winds allowing fallen branches and stumps to be found in great quantities. Yakusugi cedar handicrafts represent a means of making use of these already-available resources. The resin-rich quality of the wood not only prevents decay but as it gives off a beautiful gloss the more it’s used, it is a choice material for general woodwork as well.

With the wood’s age and growing scarcity due to the lumbering ban, it is becoming a growing luxury—a natural material with multifarious shapes and grains that are uniquely attained from the severe environment of Yakushima Island.